Tourist With a Typewriter

Oh, Uncle Adrian, I’m in the reservation of my mind. 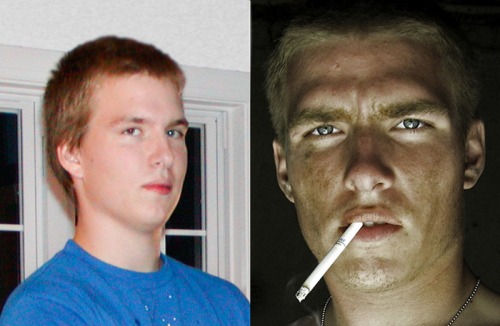 Stephen Canty at 17, before joining the Marines (left), and one year later, in Afghanistan (right).

When Stephen Canty watched his little brother leave on his first deployment as a Marine in the fall of 2011, he recognized the grin on Joe’s face as the same one he had worn himself three years earlier. They’d all been grinning then, the guys in 1st battalion, 6th Marines, Charlie Company, excited to be Marines and eager as hell to see combat.

But after eight months in Helmand Province, the excitement waned, and by the time their second deployment came around, the grins were all gone. Before he left, Joe spent most of his time on his parents’ couch, sleeping or stuffing his face with popcorn, so the brothers never really got around to talking about Afghanistan or war. Watching him get on the bus at Camp Lejeune, Canty felt like a parent watching a child head off to college. He knew his little brother was going to go through the same things he did and that they would change him forever, but he also knew that telling him was pointless. War isn’t something you can understand if you haven’t experienced it. It was his brother’s time to grin. His time to lose it would come soon enough. END_OF_DOCUMENT_TOKEN_TO_BE_REPLACED

Everything is virtual, wish you were here.

An altered version of this was published in C-VILLE Weekly and In Weekly on 1/8/2008. 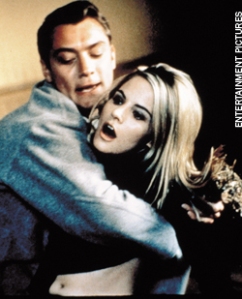 Ted: I’m feeling a little disconnected from my real life. I’m kinda losing touch with the texture of it. You know what I mean? I actually think there is an element of psychosis involved here. – From eXistenZ

David Cronenberg’s movie eXistenZ, released in 1999, (the same year as The Matrix), is a movie about a virtual reality video game. The film asks how, if virtual reality looks just like regular reality, can we tell the two apart? eXistenZ does not provide an answer. It does, however, have a lot in common with current virtual reality phenomenon Second Life. END_OF_DOCUMENT_TOKEN_TO_BE_REPLACED